Jodie works alongside Paula Boast and advises on local and international construction claims management, disputes, litigation and arbitrations throughout the Middle East region.

Jodie has worked advising on Contractor to Employer and Sub-Contractor to Main Contractor claims relating to issues from delays, variations, termination, as well as design and quality issues.

In addition, Jodie assists with drafting of construction contracts such as EPC Turnkey, Design & Build as well as subcontracts, using both bespoke forms and regionally recognised standards including the FIDIC 1999 and 2017 suites.

Jodie is admitted to practice in England & Wales. 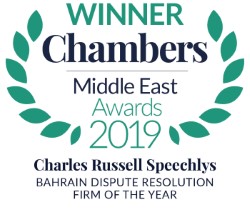 "For a junior lawyer she really is amazing from technical knowledge to eloquently and concisely putting forward its practical application. You would never know she was a junior lawyer…a true asset."

"Paula and Jodie on the construction side are a great team and have great industry knowledge. They always provide commercially-minded advice."