Man City: controlling brand and reputation in the age of agencies, ads and #influencers

With brands using a larger number of agencies and influencers to support their marketing activity, recent events at Manchester City highlight how easily these arrangements can go wrong and present a number of lessons that brands can learn from.

What went wrong for City?

City commissioned PHD Media Manchester, a media agency, to help improve attendance at City’s Champions League matches at the Etihad Stadium. The agency then placed an advert on Tribe, a platform which is used to connect brands to people with large social media followings i.e. ‘influencers’.

The ad solicited male-only 18-55 year old “Mancunians and/or Man City fans” to produce content that is "fan-centric which has an element of FOMO [fear of missing out] at its core" and that "showcases the electrifying atmosphere that only Champions League live football matches can deliver". The ad then went on to explain that because City’s Champions League group fixtures were against three “relatively unknown” teams in Atalanta, Shakhtar Donetsk and Dinamo Zagreb, core fans would be less likely to attend and therefore, City wanted to showcase this “electrifying atmosphere” through influencers who could tell an “authentic and genuine story of what it's like to be at the game."

The ad became an issue for City for a number of reasons, namely that it asked for male-only influencers, disparaged City’s Champions League group opponents and implied poor attendance at these Champions League fixtures.

Whilst City had commissioned the agency on the project, it is understood that the specific ad was not seen or approved in advance by City. City took action to remove the ad as soon as they were made aware of it and despite the reportedly longstanding relationship between the parties, City have now terminated their agreement with the agency, showing how seriously it takes the protection of its reputation and brand. 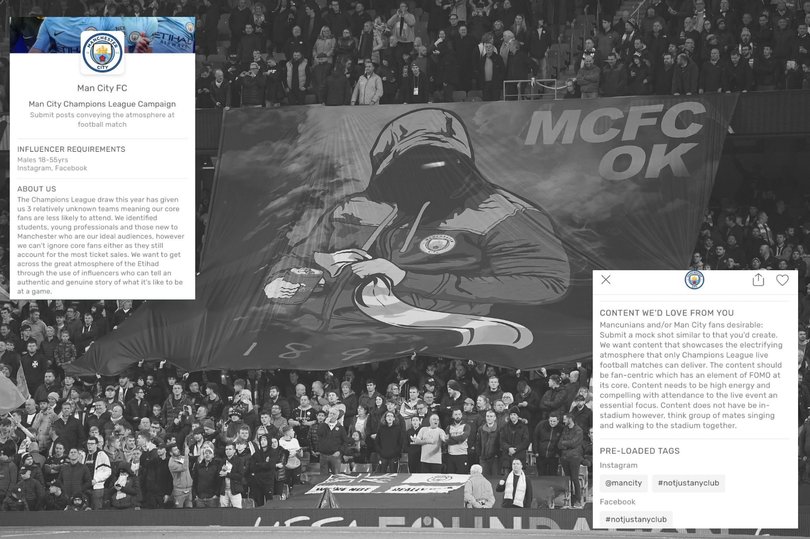 What lessons can brands learn from this story?

There are a number of takeaway messages for brands here:

Specialist agencies and influencers are key tools in modern marketing strategy. However, as brands expand the number and variety of relationships they have, it is vital that they remain vigilant. As we have seen, a small error on the part of an agency can cause a significant amount of negative PR and brand damage. Ensuring you have included appropriate controls and remedies in your marketing services agreements is a key brand protection measure.

"We are delighted to have completed a second deal in a short period of time with Silbury." Jon Bond, Partner

A partnership for progress

The rise of joint ventures in the UK’s life sciences sector.

A new law will give national museums significantly more power to deaccession works and make progress on restitution cases.

A short guide to the key requirements to second workers from Switzerland to the UK and from the UK to Switzerland.

"This is a step in the right direction, but further support for existing occupiers may be needed..."

"The probe may act as a catalyst for a full-blown market investigation..."

Back to the office or quietly quitting?

Quiet quitting is where employees choose to do the minimum amount of work.

When does time start to run for deliberate concealment claims? An insight into a Court of Appeal ruling which answers this question.

Virtual Currency Regulation in the UAE

"This decision is a symbolic victory”

City AM quotes Paul Stone on the lawsuit facing Google re: anticompetitive conduct in the digital advertising market

"the lawsuits are a 'mirror image' of ongoing investigations by the CMA..."

"I cannot see any employers embracing quiet quitting as a concept. Most companies will see it as something to reduce or eliminate"

"Private investors are watching Gloucestershire closely and willing to invest in its businesses..."

“Natasha’s Law responded to a perceived lack of accessible information on ingredients for consumers on the product itself..."

Ten Years Since The 2012 Saudi Arbitration Law: Where Are We Now?