China Series: Enforcements of Chinese judgements and awards in the UAE

Patrick Gearon takes us through the rules and procedures relating to the enforcement of both Chinese judgments and Chinese arbitral awards.

Welcome to a short ten minute talk on the enforcement of Chinese judgements and arbitration awards in the United Arab Emirates. My name is Patrick Gearon and I am the Head of Dispute Resolution for Charles Russell Speechlys in the Middle East, from our offices in Dubai in United Arab Emirates, Manama in Bahrain and Doha in Qatar.

So starting with why is this topic so important? It’s so important because the level of trade between China and the UAE is very significant indeed. In fact China is the UAE’s largest trading partner, contributing over US$29 billion to the UAE economy in 2019 alone. There are over 300,000 Chinese citizens living and working in the United Arab Emirates and over 4,200 Chinese companies operating in the UAE at the moment. Those commercial opportunities are set to grow and many Chinese firms will find themselves contemplating commercial agreements with UAE based counterparties, either directly or through locally incorporated entities and considering the means of dispute resolution is obviously key when thinking about the contracts and agreements. With that level of trade, comes obviously a significant level of agreements or a number of agreements and contracts between UAE and Chinese entities without having the contracts, obviously contractual disputes tend to follow in some cases as a consequence.

To counter that issue, the UAE has entered into the bilateral treaties with China for the reciprocal recognition and enforcement of Chinese judgments and Chinese arbitration awards. This in part, is to enable parties to know that they will have some degree of certainty of outcome if they have to resort to formal dispute resolution processes in the UAE.

The court system in the UAE is slightly unusual, in that it is a dual jurisdiction model, namely one country but two legal systems within that one country. There are two, as I said, distinct branches. The first branch is the local United Arab Emirate courts. The UAE consists of seven different Emirates and each of those Emirates has its own state level court system and an umbrella over that is a whole raft of Federal laws which apply to each and every Emirate, so the two stage hierarchy of laws. Each Emirate as I said, including Dubai, Abu Dhabi and Sharjah all have their own courts and those courts conduct their proceedings in Arabic.

The other branch of the court system is a common law system, operated by the Dubai International & Financial Centre Court and the Abu Dhabi & Global Markets court. The UAE courts, the onshore courts, as they are often referred to, adopt a civil law jurisdiction legal system, whilst the DISC and ADGM courts operate a common law system and those common law courts and the DISC and the ADGM deal with all commercial legal matters, they don’t deal with criminal cases, they don’t deal with things like tax disputes or family disputes. With anything to do with the corporate world, the DISC and ADGM courts cover.

So I will address both the enforcement of Chinese court judgements and arbitral awards in the United Emirates, but let’s start with the Chinese court judgments. The UAE court enforced Chinese court judgements, particularly those relating to Chinese companies in the UAE and vice versa. A treaty exists, as I mentioned earlier between China and the UAE, known as the judicial assistance civil and commercial matters treaty which came into force on 12 April 2005. That treaty aims to provide and facilitate judicial assistance in civil and commercial matters. Article 17 of that treaty, in particular, states that each contracting party shall, in accordance with its domestic laws, recognise and enforce rulings on civil, commercial and identity matters, as well as rulings on collateral civil matters in criminal cases made by the courts of the other contracting party.

Conditions on the enforcement of foreign judgments in the UAE are governed by Article 85 of the UAE Capital Resolution No. 57 of 2018, concerning the executive regulations of the UAE in civil procedure. That states the judgments and orders issued in a foreign country maybe ordered to be enforced in the UAE on the same conditions as prescribed in the laws of that country for the enforcement of similar judgments and orders issued in the UAE. It also says that an enforcement order shall be applied for under the normal litigation procedure in the UAE Court of First Instance within whose jurisdiction the enforcement is required. So, it’s an application to enforce the Chinese judgment in the First Instance Court of the Emirate of the UAE in which the Defendant has assets.

There are certain conditions for enforcement. Firstly, the UAE courts must not have had jurisdiction to deal with the original dispute. Secondly, the Chinese court must have had jurisdiction to issue the judgment and deal with the case in the first instance. Thirdly, the opposing parties in the case in which the judgment was given had to have been summoned to appear in China and did duly appear and therefore, the judgment that was given, was one on the merits, the opponent had to be given a chance to have their say and to put their side of the case. Fourthly, the judgement order has to have the force of res judicata in accordance with the law of the Chinese court. Namely, it has got to be decision on the merits that the court has looked into and made a decision on those merits and finally, and the most commonly cited, is that the judgment of the Chinese court cannot conflict with a Judgement Order previously made by another UAE court and it cannot contain anything that would be the breach of public morals or public order in the United Arab Emirates.

So those generally speaking are contractual judgments, or judgments on monetary amounts. The enforcement of Chinese court judgments that relate to interlocutory matters for example, injunctions, are rarely enforced in the UAE. In basic terms, a fresh application needs to be made to the UAE courts for injunctions. So in terms of the process for seeking enforcement, a Claimant would need to file a new substantive claim in the UAE courts, based on the original claim in the Chinese proceedings and submit the Chinese final judgment as evidence in support of that new claim. The Judge in the UAE, hearing the application, has the right to obtain any documents supporting the enforcement application before issuing his or her decision, but once happy with the documentation, the Judge is required to issue the recognition Order within three days of the date of its submission. That Order can be appealed, in accordance with the rules of the procedure prescribed in finding an appeal under UAE. So that’s the basic process for applying to get recognition of a Chinese court judgement in the UAE onshore courts.

Moving now to what one does with an arbitration award, as opposed to a court judgment, slightly easier in a sense in that both the UAE and China are signatories to the New York Convention on recognition in enforcement of arbitral awards, which requires contracting states, including the UAE and China and to recognise arbitral awards as binding and to enforce awards in accordance with the rules of the territory where they rely upon, subject to certain very limited defences. In addition to the New York Convention, the UAE and China are also signatories to the treaty on judicial assistance in civil and commercial matters, which I mentioned at the outset. As such, there are dual mechanisms for the enforcement of arbitral awards from China, where China is the seat of the arbitration in the UAE.

Therefore, there is every reason to have a perfectly legitimate expectation that arbitral awards made by Chinese arbitral institutions, China being the signatory to the New York Convention, will be enforced in the United Arab Emirates in accordance with the treaty obligations.

So in terms of the procedure, once you have your Chinese arbitral award and you want to have that enforced in the United Arab Emirates, typically, you have to issue a claim for ratification of the award and for execution against the assets of companies in onshore United Arab Emirates, by way of an application to the United Arab Emirates First Instance Court. You cannot simply take your arbitral award to the UAE courts and ask them to execute it, you require an order for ratification and recognition from the UAE courts first. The public policy intention as I mentioned earlier is the one that is usually mentioned as being impossible impediment to the enforcement of an arbitration award in the UAE. The meaning of public policy essentially means the rules and norms of a UAE society, non- iwth means the rules and norms of a or ratifiacation nad recognition from the upon, subject to certain very limitecompliance with which will do damage to the public good, or to the state sovereignty. In any award, the breaches UAE public policy is likely not to be recognised or ratified by the UAE courts. So parties should take public policy considerations carefully into account as they ensure the subject matter of their agreement, or indeed the wording of an award and to make sure that that does not contradict UAE policy. In particular, when pursuing arbitration proceedings with a view to enforcement of the UAE, care should be taken by the Claimant to avoid asserting arguments to the contrary to UAE public policy, as any resulting award could be held to be unenforceable in the United Arab Emirates.

Well I hope you found that helpful. Very short canter through the rules and procedures relating to the enforcement of both Chinese judgments and Chinese arbitral awards. 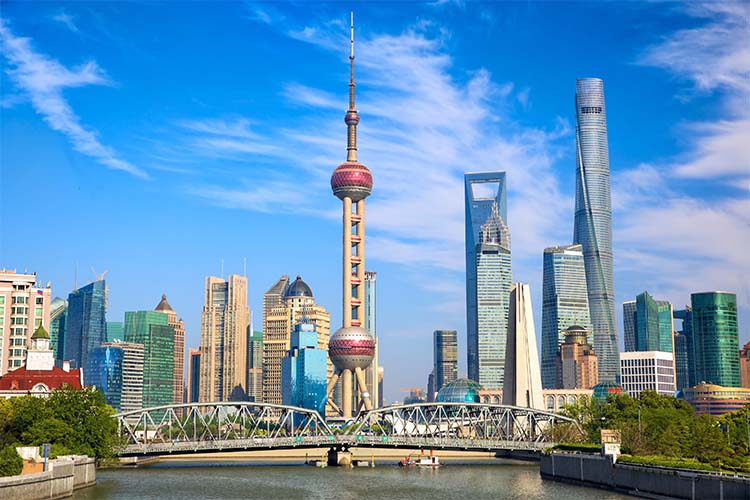 Revenge tourism is the new direction of travel for Asia...

Family law and criminal law, never the twain shall meet? Alas they do meet

The implementation of the Ordinance offers better safeguards to the interests of parties to cross-border marriages.

What happens if one party passes away during a divorce proceeding: Part II

What does all this mean for divorcing spouses?

What happens if one party passes away during divorce proceedings?

Given the current chaos in the world, perhaps it is time to plan for the unknown.

Moratorium on Rent Enforcement - How does it affect landlords?

It is important for owners of business premises to understand how the rental enforcement moratorium will work.

What are your rights as a same-sex couple in Hong Kong?

We look at some of recent changes and their benefits for same-sex couples living in Hong Kong.

An overview of the conveyancing process when acquiring residential property as well as some key points to consider.

Problems are likely to arise during lockdown when it comes to access to a child for divorcing or divorced parents.

With the second-highest engagement after the United States, Hong Kong continues to be a significant market for cryptocurrency.

End of the “No Consent Regime”? Implications for Cyber Fraud Victims and Financial Institutions