Print! Tearing It Up

The Charles Russell Speechlys Terrace Room Series is a series of free exhibitions, which profile the work of living artists in one of the most accessible spaces at Somerset House, bringing the public into contact with a diverse and engaging range of creative thinkers. 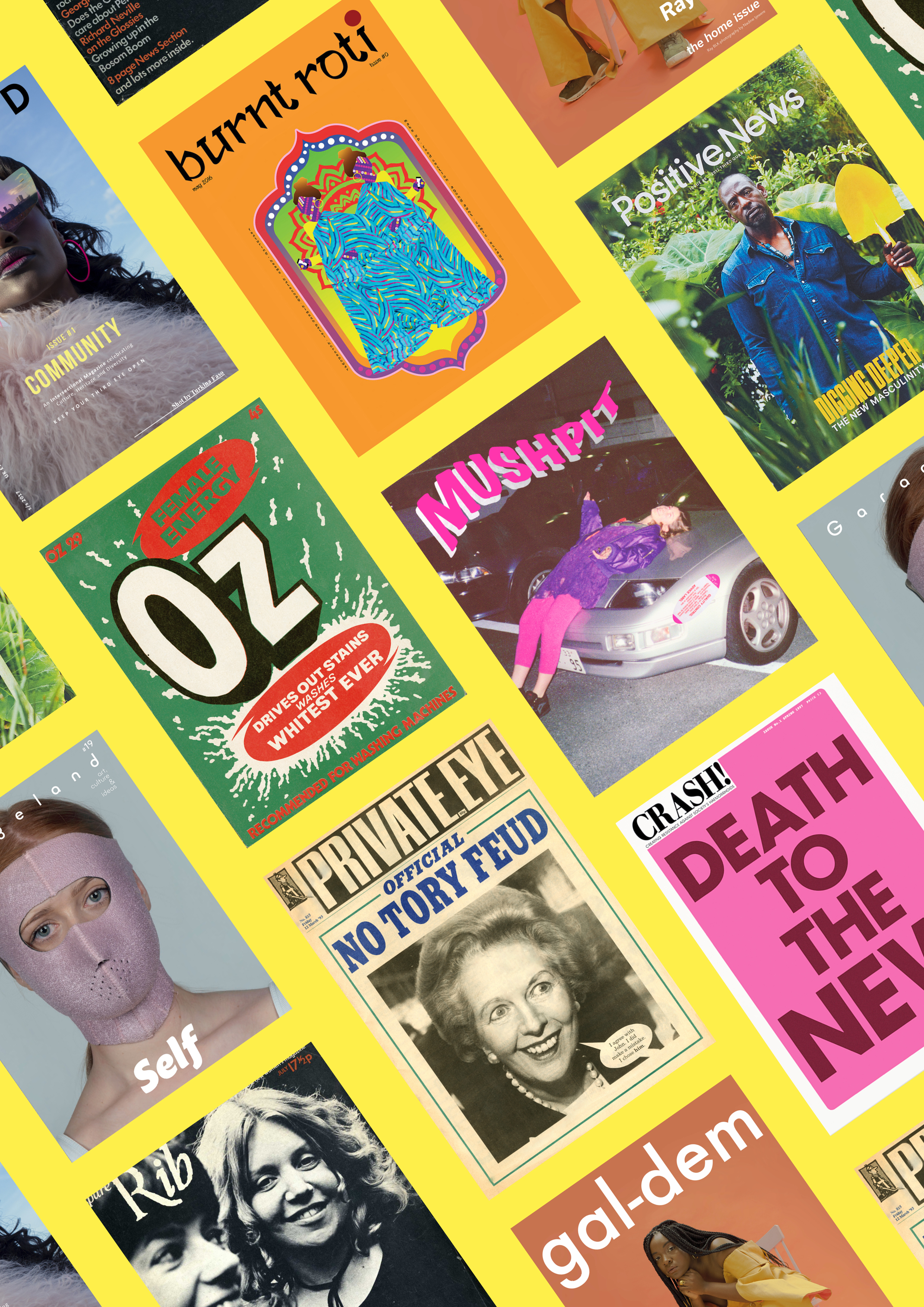 This summer, Somerset House explores the power of print by celebrating the past and present of Britain’s thriving independent magazine scene.

Print! Tearing It Up will be the first exhibition to trace the journey of independent voices in magazines and journals from their roots in the early 20th century to today’s contemporary titles. Contrary to the idea that print is dying, these freethinking publications reflect a wider independent culture, proving print is going from strength to strength in the digital era.

The exhibition chronicles the evolution of progressive print publications and celebrates the diverse subjects and social issues they tackle. From alternative views on lifestyle, leisure and architecture to addressing topical issues including diversity, gender, sexuality and media manipulation, the show champions the innovation and creativity of this growing industry, an ethos that aligns with Somerset House’s support of the creatives who form a large section of their on-site residents.

Focusing primarily on the contemporary industry of innovative independent magazines, the exhibition, curated by writer Paul Gorman (The Story of The Face, In Their Own Write: Adventures In The Music Press) and Somerset House’s Senior Curator Claire Catterall with graphic design by Scott King, will guide visitors through a hands-on approach to the fascinating processes behind independent publishing, from concept and design to print and distribution.

From discerning displays laying bare the key titles, editors, designers and writers involved in a magazine’s inception and development, to the opportunity to flick through a range of chosen titles, visitors will be able to discover and understand the origins of a vast selection of specialist magazines with exciting, well-executed content.

The show will invite visitors to explore the diverse range of subjects tackled by independent magazines through a series of themed areas. At the heart of independent magazine publishing lies a culture of activism, satire and dissent going back to titles such as BLAST, the Vorticist journal first produced in June Print! compilation image © Courtesy of Stack/Somerset House, Burnt Roti, Crash!, gal-dem, Garageland, Mushpit, Oz, Private Eye, Positive News, Spare Rib, and Thiiird 1914, and Crash! in the 1990s, which sit alongside modern day favourite Private Eye (first published in the early 1960s and still Britain’s best-selling current affairs magazine). They will be presented with new satirical voices Mushpit and Somerset House resident Delayed Gratification, the world's first Slow Journalism magazine. The debate surrounding gender and sexuality has been reflected in the success of hugely popular magazines launched in the past decade, from The Gentlewoman, which can chart its evolution from Spare Rib, the seminal feminist magazine founded in the 1970s, to Ladybeard, Ablaze! and D.I.Y zines created by teenage feminist collectives in 1990s-2000s, among many more showcased. Similarly, the exhibition celebrates the rise in titles dedicated to ethnic minority communities and concerns, with examples including gal-dem, Thiiird and Burnt Roti, which showcases South Asian creativity.

Print! Tearing It Up also considers the role of magazines in the advancement of architecture and design ideas, including magazines such as NATØ and Blueprint, and the launch of the first ‘lifestyle’ magazine, the 1980s/90s phenomenon The Face, and its wealth of successors including i-D, Dazed and Fantastic Man. Today the likes of Real Review and Eyesore promote new writing on architecture and the urban environment, Little White Lies focuses on film, and The Gourmand on food. Completing the Print! Tearing It Up experience, visitors can reflect on true alternatives to mainstream media found in the British underground press with the radical printing produced by IT, Oz and Friends/Frendz, which all showcased alternative lifestyles and underground culture.

Q&A between Suzanne Marriott and the co-curator Paul Gorman

We have brought our values together with Somerset House to create a partnership that can be enjoyed by our clients, contacts and employees.